Oregon’s Washington County boasts a history of wine grape and wine production. Some of the oldest vines are found in the rich Washington County soil. Now, with nearly 30 wineries in this premier wine region, you could easily find yourself experiencing firsthand the tasting rooms and welcoming vintners of the region. 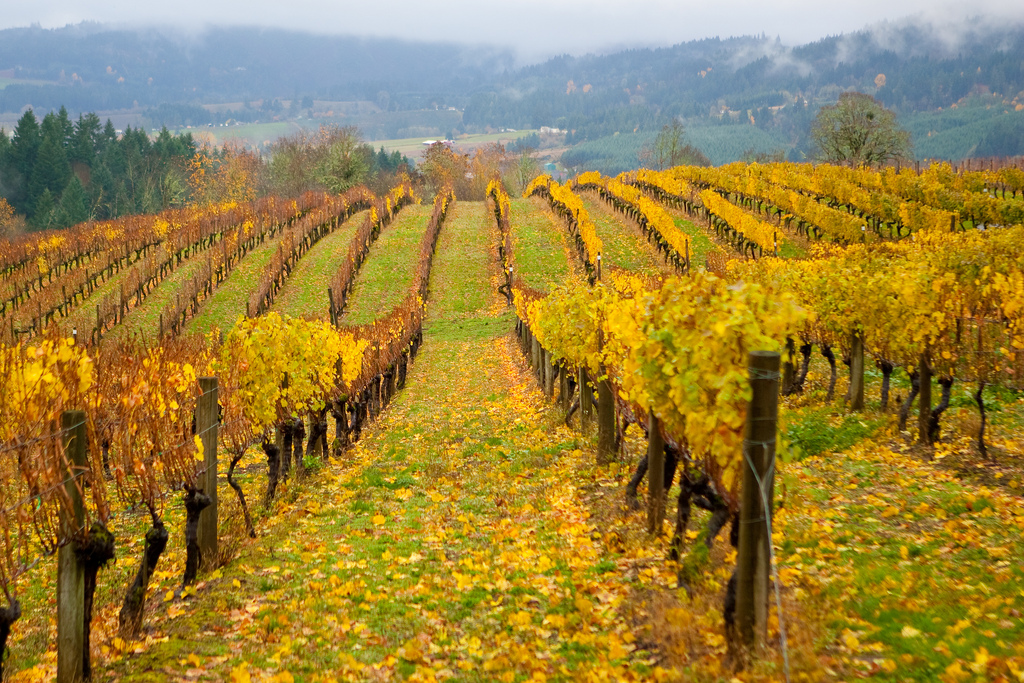 A winery along the Vineyard & Valley Scenic Tour Route in fall. Photo by Wayne Flynn.

Swiss and German immigrants settled the rolling hills of Helvetia in the late 1800s. Prior to Prohibition, the area was known as “Grape Hill” due to its cottage wine industry. Most grapevines that existed at the time were destroyed during Prohibition. Part of current-day Helvetia Vineyards is located in the 100-year-old former house of Jacob Yungen, an early Washington County winemaker.

Just north of Forest Grove is the site of one of Oregon’s first wineries, established by German immigrant Adolph Reuter on what was known as “wine hill.” His wines are said to have won a gold medal at the St. Louis World’s Fair of 1904.

The area had eight wineries before Prohibition, and today more than 30 wineries make their home in the Tualatin Valley.

Of these, five are located on or near* the Vineyard & Valley Scenic Tour Route:

*Wineries less than one mile off the route