Portland’s food scene has famously become incredibly diverse in the past decade, but it’s not alone. In Tualatin Valley, we have amazing variety and some Portland favorites are even moving out to Beaverton and beyond. Not only do we have some great options, there are famous foodies among us! 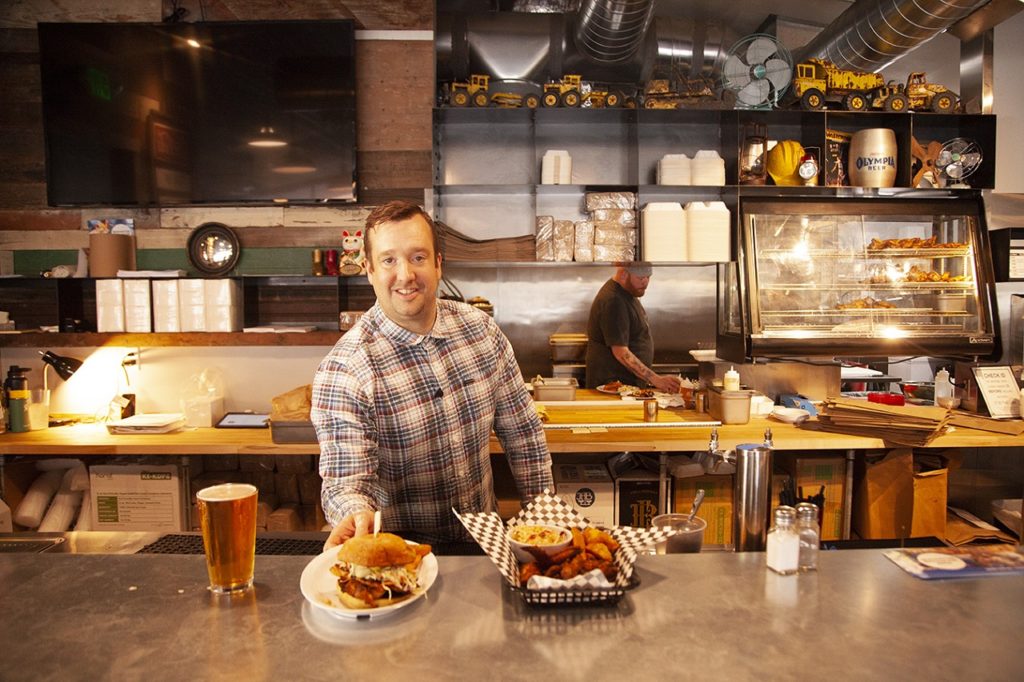 Ben Bettinger, who won during season 22 of Food Network’s “Chopped,” runs the kitchen at Big’s Chicken. On the show, chefs have to prepare appetizers, entrees and desserts from a basket of mystery ingredients. In his episode, Bettinger and his competitors had to cook everything using only a grill.

The restaurant is part of the revitalization of downtown Beaverton. The area is gaining a reputation for its food scene, which also includes Portland favorites Ex Novo Brewing Company, The Whole Bowl and coming soon — Afuri.

On “Diners, Drive-ins and Dives,” Guy Fieri first visited the original Frank’s Noodle House — literally an old house in Northeast Portland. He came back for seconds when the larger Beaverton location opened. Fieri tried hand-pulling noodles himself and was blown away by how much of a workout it is.

At the Beaverton location, you might even get to see chefs making noodles right in front of you! In addition to the famous LaMian noodles, try the steamed pork dumplings as an appetizer.

Owner Frank Fong learned to cook from his grandmother in northern China when he was 10 and continues to use his family’s recipes. Fong was proud to be the first Chinese restaurant featured on “Diners, Drive-ins and Dives.”

Another “Chopped” champion, Mindy Simmons, opened this bakery in a charming historic house in downtown Hillsboro. Before her big win, Simmons ran the business out of her home. She competed against other chefs to create an appetizer, entree and dessert that all had to include chocolate.

Simmons had a lifelong passion for baking and now specializes in scratch-made cakes, pastries and pies — including for weddings.

You can even get a lesson from the pro herself next door at Collective Kitchen. The commissary kitchen and classroom offers classes on making things like eclairs and cream puffs, biscuits and gravy and even macrons.

If you’re looking for an extra special meal or treat on your visit, try visiting one of our famous foodies!

The Tualatin Valley is exploding in the Portland craft beer scene, from the ubiquitous McMenamins, which brews several of its beers here, to new local breweries that attract the serious beer connoisseur, as well as the casual beer aficionado.

Take advantage of the shopping sprees, wine packages, seasonal packages and more that will make your Tualatin Valley getaway even more special!

Trivia nights seem to be growing in popularity as a way to pack bars on off nights and as the perfect weeknight out with friends. Tualatin Valley has dozens of taphouses and pubs offering trivia nights.

If you’re looking to make the most of your extra day in 2020, be sure to check out one of the many fun activities you can do in Tualatin Valley.

Valentines Day isn’t the only occasion to celebrate love with your sweetheart. No matter the occasion, you can make date night (or date weekend!) special in Tualatin Valley.