Here in Tualatin Valley, October is a spooky free-for-all. While a quaint pumpkin patch or charming apple farms may draw you into the pastoral bliss of Tualatin Valley, the foggy territory is haunting grounds for not-so-scary ghosts and ghost-hunters as well.

With a long Oregon pioneer history in Forest Grove, Beaverton, Hillsboro and other towns, Tualatin Valley has accrued its fair share of ghost tales. Whether or not you’re a believer, the spooky Oregon ghost stories of the area may have you conjuring up plans for a visit. 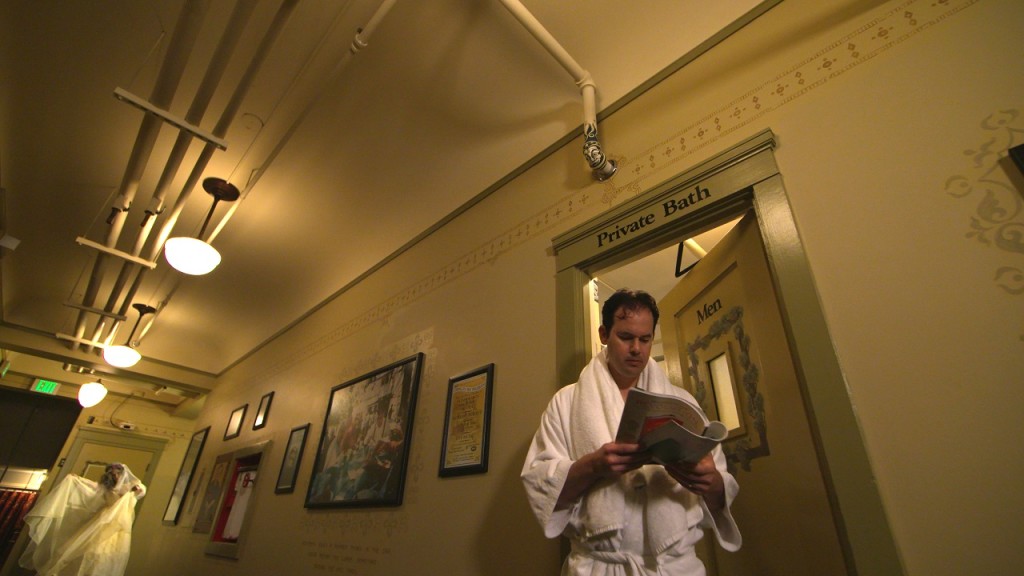 McMenamins Grand Lodge, Forest Grove
If you’re game for sharing the hallway with a ghost, book room 232 at the McMenamins Grand Lodge. It’s said that the Lavender Lady ghost likes to hang out outside the room’s door. Blow your nose before leaving the room—some have noted that they smell lavender on the second floor’s main hallway.

Pacific University, Forest Grove
Classical music enthusiasts should visit Pacific University’s Knight Hall for a potential ghostly encounter with Vera. As a classical music student in the early 1900s, stories of Vera’s ill-timed fate vary, ranging from a fall down the stairs to a lovers’ quarrel. With refined taste, Vera is known to turn off pop radio stations.

Fanno Creek Trail, Tigard
A ghost encounter in nature gives us an extra spook. At Tigard’s Fanno Creek Trail, a few morning walkers have noted seeing a surly dog-walker with two leashed dogs. Not so weird, right? Well, it is when she disappears right before your own eyes. 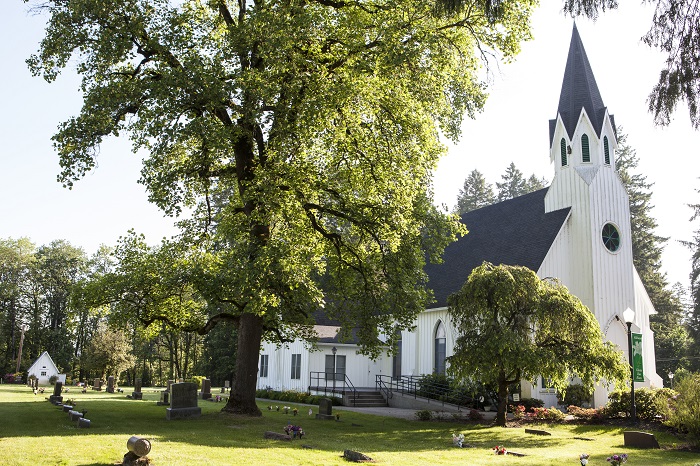 Tualatin Valley sports a pioneering history, as many of those who trekked along the Oregon Trail–and survived!–settled in the area. Many historical figures (as well as a literary figure based on a real person) are buried at cemeteries throughout the region.

Forest View Cemetery (Est. 1874) | 1611 SW Pacific Ave., Forest Grove
Fans of Laura Ingalls Wilder’s “Little House on the Prairie” books, or the television series from the ’70s, trek to the town of Forest Grove to visit the gravesite of Nellie Owens Kirry, aka Nellie Oleson. The real Nellie is buried here, along with her brother and father.

Hillsboro Pioneer Cemetery (Est. 1860) |1601 SW Baseline St., Hillsboro
Believed to be the oldest cemetery in Tualatin Valley, the Hillsboro Pioneer cemetery is the final resting place for many of the area’s most important homesteaders, including David Hill, an early legislator and for whom Hillsboro is named, and John Smith Griffin, a missionary who was integral to the Champoeg Meetings that created the Provisional Government of Oregon.

Old Scotch Church and Tualatin Plains Cemetery (Est. 1870) | 30685 NW Scotch Church Road, Hillsboro
This historical site is home to a pioneer cemetery where many Oregon Trail pioneers were laid to rest, including Joseph Meek, who was among the first to cross certain portions of The Oregon Trail, and was known as “the Davy Crockett of the Northwest.” Meek’s Historical Marker is just up the road from his grave.

Fall is the time of year when Tualatin Valley is at is glory, so pack your bags and explore these six trails to trek this fall.

On Veterans Day (November 11), we celebrate and honor them for their patriotism and service to the country for the common good.