Block: Sunflower
This barn was built around 1882 as a dairy and has had several owners over the years. The Harris family purchased the farm in 1977 and matriarch Peggy Harris, an avid gardener, loved the idea of a block with flowers. (Best viewed from Tongue Road) 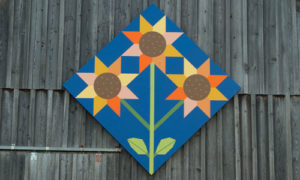 Block: Black-eyed Susan
This barn was likely built in the 1930s or 40s. The site is the original Salzwedel farmstead and the lively black-eyed Susan flower grew there. Best viewed going east on Zion Church Road and parking is available at the nursery. 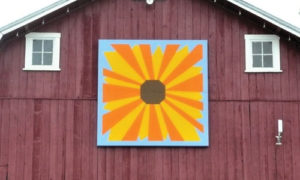 Block: Star of Bethlehem
Established in the late-1800s, this Century Farm has produced numerous crops over the years. The Columbus Day Storm of 1962 blew down the original barn and it had to be rebuilt. The Star of Bethlehem was selected for its design. 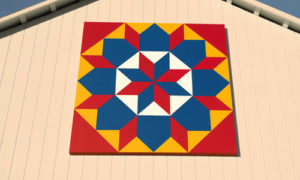 Block: Farmall Tractor
Jim Claey was looking for an old tractor on Craigslist. Imagine his surprise when he found the same tractor his dad owned, complete with notes he wrote years ago! The block pays homage to Claey’s dad and his tractor. 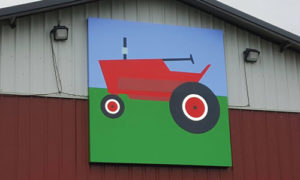 Block: Captains Star
The farm is now owned by Forest Hills Farms Inc., which grows blueberries and tall fescue. The block honors former owner of the property, Captain Demmin, who retired from the US Navy and captained a nuclear submarine during the Cold War. 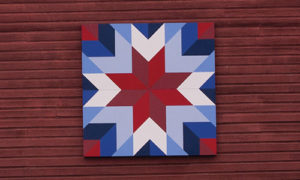 Block: Grandmother’s Fan
This Century Farm was established when the Gates family settled there in 1897. The barn was built in 1937. Organic produce, eggs and walnuts are grown here and the block represents a heritage quilt with the same pattern made by Minnie Gordon Gates in 1932. 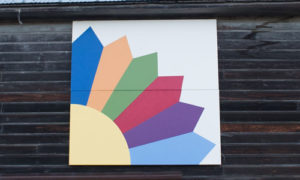 Block: Americana Star
This is an old farm, now in the hands of James Gleason, a pastor at Sonrise Church, and his wife Mary Beth. The little red barn was built in 2012 and the Gleasons opted for a patriotic block. 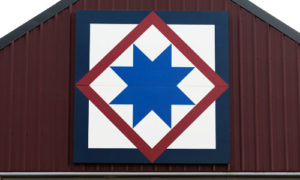 Block: Circle of Family
This farm, which primarily grows grass and clover seed, has been in existence for approximately 70 years. Today, the farm is in the hands of the third generation of the Coussens family. The block came from a vintage quilt made by Roxanne Coussens’ mother. 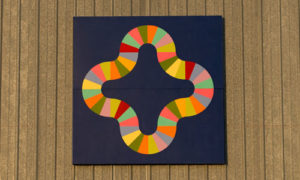 See a map of all current quilt barn sites >>>

Block: Interlink
This farm has been in the McDonald family since 1948. Originally a diary farm, it became a site for growing vegetables and now hazelnuts. The block, four plaited blocks together, is a reflection of the farm’s name. 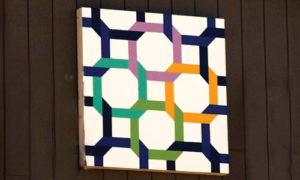 Block: Carpenter’s Square
This new barn, completed in 2018, features four carpenter’s square blocks. John Doctor was a sponsor and contractor who installed almost all the blocks on the Quilt Barn Trail — it was the perfect choice for him. 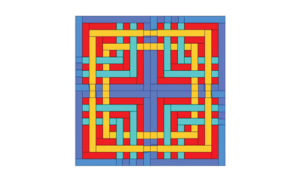 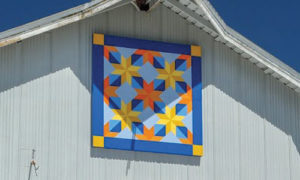 Block: Evergreen Tree
The barn housed a small-scale seed cleaning mill in the mid-20th century and crops have ranged from trees used for lumber to wine grapes. The tree block represents the logging done in the past and the purple twining represents the vineyard grapes. 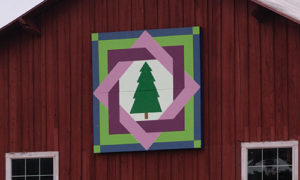 Block: Corn Block
The barn on this farm was referred to by the family as “the Onion House” before it burned down between 1925 and 1930. It was originally used to dry and store onions. The farm has traditionally grown corn and the quilt block was designed in celebration of the farm’s history. 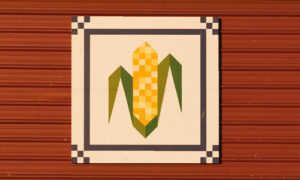 Block: Hovering Hawks
This farm, established in 1878, features a block designed by women crossing the Oregon Trail. It was chosen because there are always hawks flying over the fields. This was the first block installed on the Barn Quilt Trail. 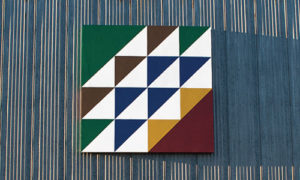 Block: Cross
St. Peter’s Lutheran Church was established in 1882 in the small community known then as Blooming. Today, the church is still very active and the many colors on the block are meaningful in the liturgy of the church and its parishioners. 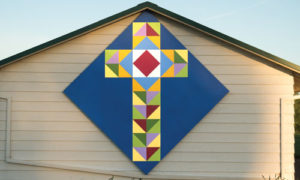 Block: House
This small farm house and barn have been here since 1900 and the land is still actively farmed. The house is a Sears kit house and the “house” block, a classic quilt block, is painted similarly to the actual Sears kit house. 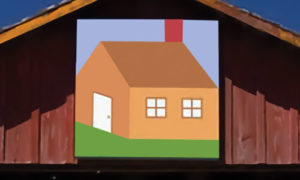 Block: Wheat
This Century Farm was purchased by Frank and Hermina Unger in 1906 and the barn is more than 100 years old. The block was designed for the family to showcase the wheat grown on the farm. 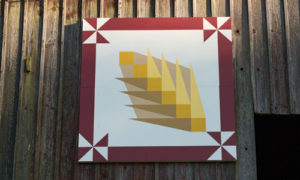 Block:Star of Many Points
Originally a grain, hay and dairy cattle farm, this block was a birthday present for patriarch James Vuylsteke. The pattern was a favorite of Colleen Vuylsteke’s mother, who saved a pencil drawing of the pattern with her quilting supplies. 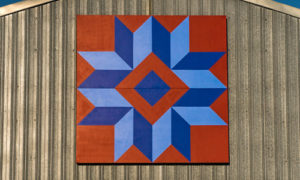 The eastern section includes barns in Hillsboro, Beaverton and Sherwood