Block: Patchwork Pig
The large Cedar Ridge Farm barn was built in 1940 or 1941 as a dairy barn. The original block depicts the pigs raised there, surrounded by the hay bales stored in the barn. You can see the block from Hwy 6 westbound or below the barn on a seldom traveled gravel road. 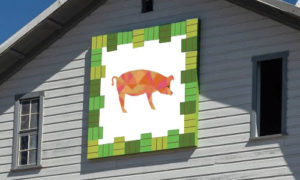 Block: Windmill
Duyck Machine is a new commercial building owned by the Duyck family in the Verboort area of Washington County. This block was chosen to honor the Dutch heritage and theme of the people who settled the Verboort area. 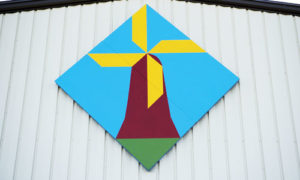 Block: Field Corn
Located on the new barn at Flatland Farm, the field corn block was selected by the owners to represent the foundation of their new farming operation. This is an original design and depicts the field corn grown here. 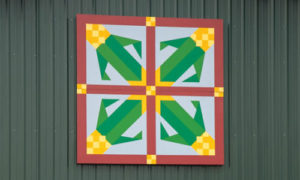 Block: Dresden Plate
The owner of the Foehlinger Farm, which was established in 2009, has fond memories of making her first Dresden Plate quilt with her grandmother. The farm is new and a working 30-foot windmill with 8-foot blades, which will mimic the blades in the block, is planned for the site. 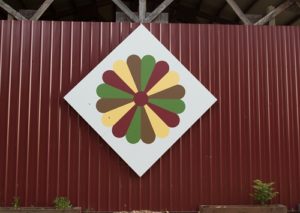 Block: Country Patriotic Star
Built in the 1920s as a dairy farm, the farm is now a flower bulb farm. The Graf family particularly liked the patriotic design, which signifies the American flag. 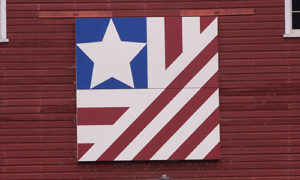 Block: Jungle Flower
The Harding family moved here in 2016 and built the shed soon after. This peaceful place is the family’s retreat and the colorful block was chosen because it reminded them of the trips they’ve taken to tropical places. (Use care if stopping briefly.) 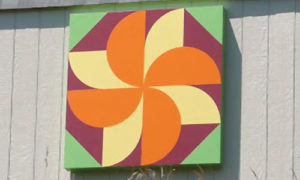 Block: Doves in the Window
This old dairy barn, built in 1941 and recently restored, sits at the new nature park, Killin Wetlands. It’s one of the largest remaining peat soil wetland and scrub-shrub marshes in the Willamette Valley. 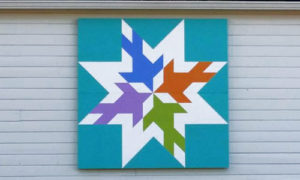 Block: Eight-pointed Star
The barn, built in the 1920s, was originally built for raising dairy cattle. Most recently, it was home to a herd of bison for more than 25 years. The eight-pointed star was chosen because it was a pattern made by women crossing the Oregon Trail. 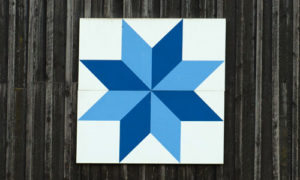 Block: Forbidden Fruit Tree
The Lewis Century Farm was founded in 1905 and features one of the last prune dryers operating. Current crops include prunes, hazelnuts and cherries, which the block represents. 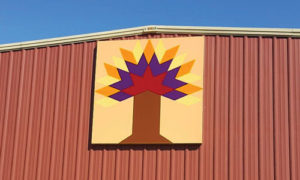 Block: Serene Sunset
This farm is a relatively new one. The barn was built in the 1990s and originally used to run a garage door company. The block represents the amazing sunsets that can be seen west of the property. 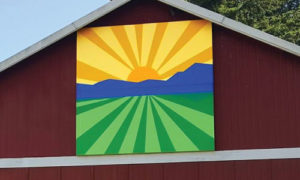 Block: Sunset
The Nussbaumer barn was built circa 1900. The farm has produced cattle and grain over the years. Vivid colors are featured in this block, one that was liked by the owners. 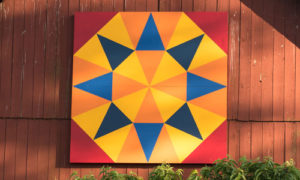 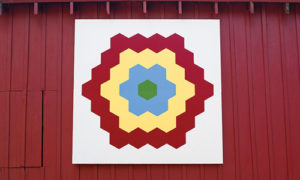 Block: Double Wedding Ring
Originally a dairy farm, this site was transformed into vineyards and winery in 2007. The old barn, built in the early 1900s, is home to a barn owl and several barn cats. The double wedding band quilt block is a traditional pattern often used in quilts given as wedding gifts. 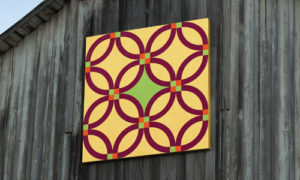 Block: Chasing Geese
The barn was built in 1930, but blew down and was rebuilt in the 1970s. Over the years, the farm has raised cattle, sheep and apples. This design was chosen to honor the six tribes of Native Americans that made their home very near the site. 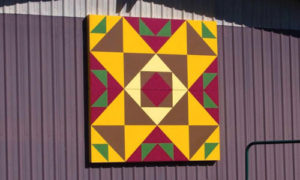 Block: Daffodil Ring
This is an old farm in the Gales Creek area, which used to grow daffodil bulbs. The block represents the bulbs grown in days past. (use caution as this is a busy road) 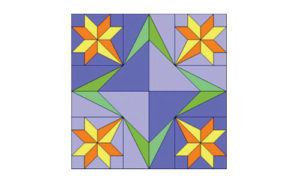 Block: Covered Wagon
The great-grandfather of the owner of this farm came to Oregon from Illinois via the Oregon Trail, and arrived in Verboort in 1884. The barn houses the original wagon that came across the trail. This original block commemorates the history. 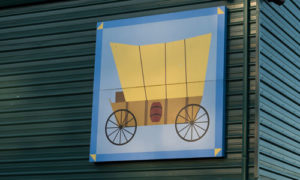 Block: Sunflower
Sun Gold Farm has been in the family since 1940. Originally a dairy farm dating back to the 1800s, it now grows vegetables, fruits and nuts. The barn, built in the 1960s and remodeled in 2006, features the sunflower block, commemorating the sun and sunflowers, which have been used in the family as a logo. 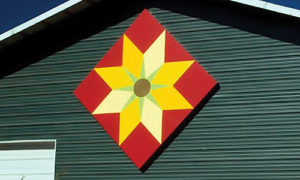 Block: Priscilla (variation)
This farm is managed by the third generation of the Van Dykes. Founded in 1908, the farm served the Verboort community as a post office, general store, telephone operator and gas company. This classic block pattern was taken from an heirloom quilt made and owned by the Van Dykes. 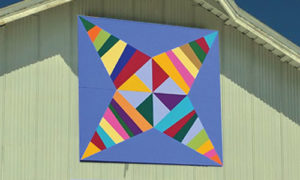 Block: Butterfly
This farm has been in the VanderZanden Family for several generations. This block was chosen by Kerry VanderZanden because butterflies and sunflowers were among his mother’s favorite things. 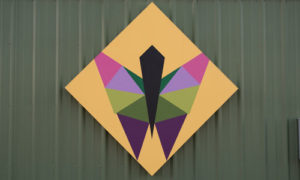 Block: Corn and Beans
This farm features and old “drive-through” style barn, which allowed a team of horses to easily enter one end and exit out the other side. The classic block of green and yellow represents the sweet corn and green beans that are grown here in a rotation. 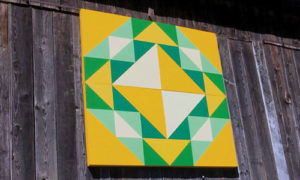 Whether you’re driving to Oregon’s Tualatin Valley for a day trip or you plan to stay a week, these road trip tips will help make your trip a memorable one for you and your passengers.

With Tualatin Valley’s wealth of farms, there are plenty of options to get fresh, local groceries without large crowds.

Many businesses in Tualatin Valley are staying open for business by offering carry out, delivery and online shopping.