The Northern Arm of the Quilt Barn Trail

Block: Pileated Woodpecker
Built circa 1937, the entire property is on the Washington County Historical Register as a representative home of the 1930s. One acre of wooded land has been designated as a natural habitat and the original block features pileated woodpeckers that are often seen there. 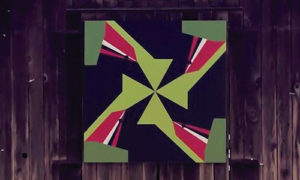 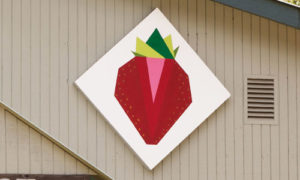 Block: Peach Tree
Build in the late 1800s, the peach orchard is a U-pick farm and popular wedding venue. Enjoy the many windmills owner Mark Grossen collects and showcases on the farm. 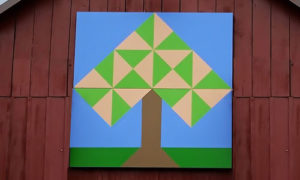 Block: Lily
This historic barn dates from 1904 and the farmhouse from 1890. It was the site of the early Methodist Meeting House and is listed on the Washington County Historic Inventory. The Haags had a nursery and grew lilies there. 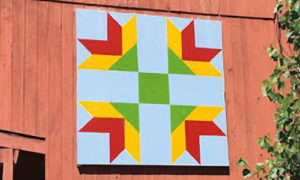 Block: Log Cabin (variation)
This building was built in 1915 as the gym for the North Plains Elementary School. The block honors Veronica “Roni” Andrews, a founding member of the Westside Quilters Guild and active volunteer in the community. 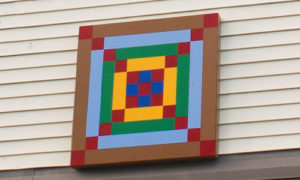 Block: Fruit Tree
The farm has been in the Jossy family since 1985 and is currently a U-pick orchard featuring peaches, pears and apples. The barn was built in the early 1900s. 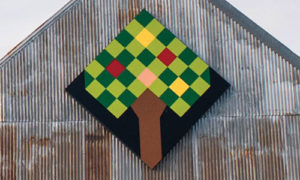 Block: Harvest Star
Built circa 1880, the building was used as a dairy barn and has seen three generations of Reichers since. The colors of this traditional block represent the crops grown there. 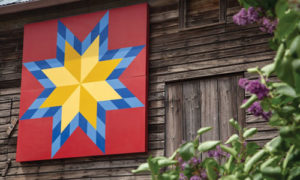 Block: Connected Kin
Founded in 1886, the Twin Fir Century Farm is home to the fifth generation of the Gates family. The original block was designed to celebrate the Gates family and the intertwined squares represent the five generations who have lived there. 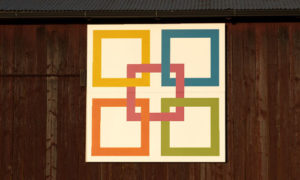 Block: Tweet Sanctuary
The secluded house and property are surrounded by tall cedars, which are home to many birds. The quilt block features a red-winged blackbird, a birdhouse and a large cedar tree to honor the location. 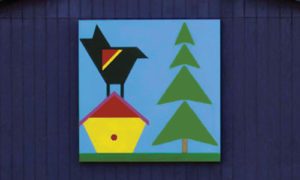 Established more than 100 years ago, this farm features and old, large red barn, which is near the road and overlooks a small pasture filled with small goats. Today, building contractor Gary Zurbrugg owns the property and fittingly chose the carpenter’s wheel. 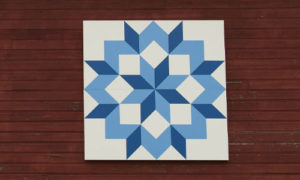 In Oregon, we value the environment and protecting natural areas all the time, and Earth Day is a good opportunity to remind visitors and locals alike of how we can take care of our space.

Spring is in the air and as things quickly warm up, the vineyards across Oregon’s Tualatin Valley are getting ready for the literal spring of buds breaking on the vines.

April 7 is National Beer Day and Tualatin Valley is home to many craft inventive craft breweries as well as tap houses pouring favorites from all over the state, all year long.